Teespring is a service that enables anyone, anywhere, to bring their ideas to life. By removing every pain point and every risk we believe we can empower millions of people to launch their own products with the same quality and economies of scale as a major retail brand.

As a member of the Teespring community, it’s likely that you and your designs will engage with people all around the world who come from many different backgrounds and walks of life. While we strive to maintain a platform for freedom of expression and allow members to demonstrate their views, we also work hard to create a safe and respectful platform. Therefore, we have some limitations as to what we’ll allow to be expressed and sold on Teespring.

Generally speaking, Teespring reserves the right to delay, shorten or terminate any campaign based on content concerns. We have provided the guidelines below to give you examples of the types of content that are likely to raise concerns and that may result in the termination of a campaign. If you have questions about this Acceptable Use Policy, we encourage you to find more resources in our Help Center. You can also reach out to us at support@teespring.com. To note, this Acceptable Use Policy is part of the Teespring Terms of Service, which provides the terms of your use of the Teespring Service.

We do not allow campaigns that promote or glorify hatred toward people based on their age, race, ethnicity, national origin, gender, gender identity, sexual orientation, disability and religion, including people, organizations or symbols dedicated to hatred against these groups. Additionally, we will not allow campaigns including content that bullies, attacks or threatens specific individuals. 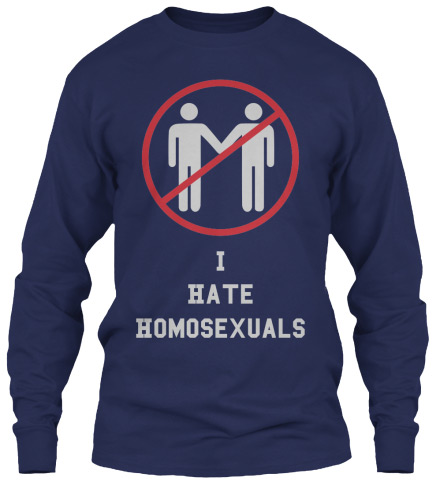 Unacceptable: Here we have an example of a design that is directly promoting hatred towards a sexual orientation. This behavior is clearly prohibited in our policy. 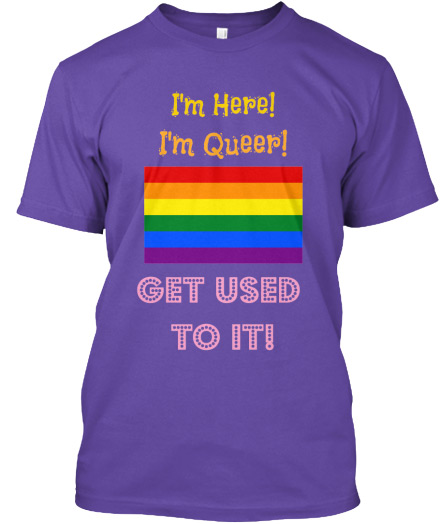 Acceptable: While “Queer” can be used as a derogatory word, it can also hold a positive meaning and is often a term of empowerment within the gay community. This is clear in the context of this particular design. 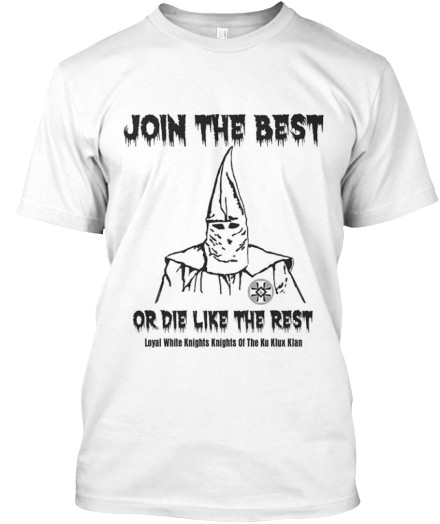 Unacceptable: This design depicts the suggested recruitment for a notorious hate group which has promoted racism and has been directly responsible for the deaths of many. Additionally, there is a direct threat within the message which is strictly prohibited on Teespring. 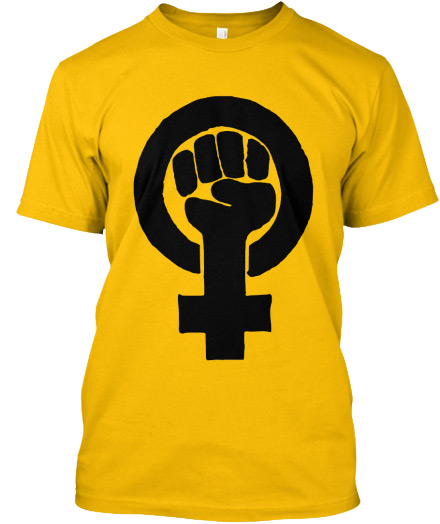 Acceptable: Here we have an example of a racially motivated tee, however this design promotes a positive message around the women’s black power movement. 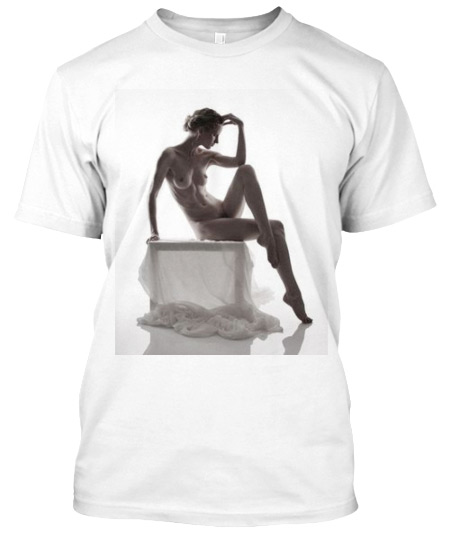 Acceptable: In both of these examples we have depictions of “tasteful” nudity. Nudity has been ubiquitously used in artistic expression for centuries; while these could potentially be offensive to some groups, they do not depict overtly sexual behavior.

We do not allow content that promotes or glorifies harm or violence to individuals or others, including campaigns in support of self-harm, incitement to violent acts or harassment, or praise or reverence of terrorist groups or figures.

We do not allow content that promotes harmful misinformation or groups known to spread misinformation, including content known to lead to harassment or violence, impediment of civic engagement, or threats to the health and safety of the public.

Raising awareness or showing support for victims of violence or human tragedy is allowed, provided you don’t violate any intellectual property rights. 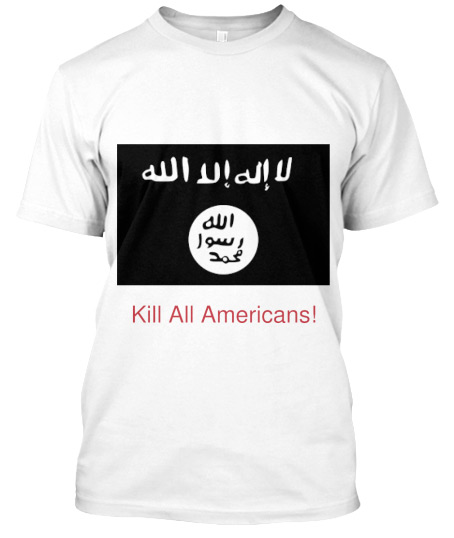 Unacceptable: The flag of a notorious terrorist organization that has killed thousands of people. The text in this design also promotes harm to a specific group, which is not allowed on Teespring. 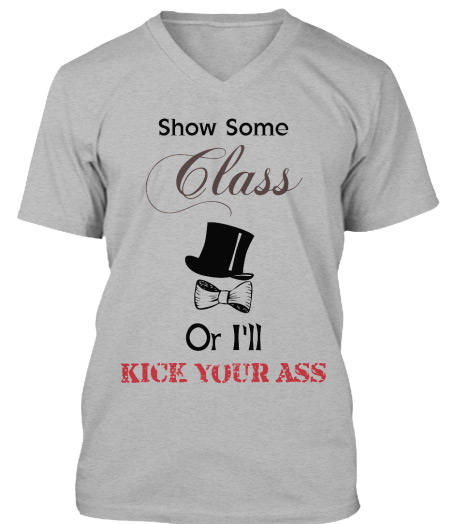 Acceptable: A tongue in cheek humorous tee where it is obvious that no one in particular is being threatened. 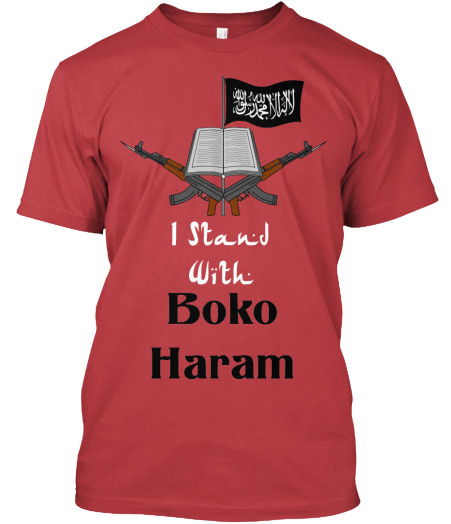 Unacceptable: Displaying support for a well-known terrorist group such as Boko Haram is against Teespring policies. 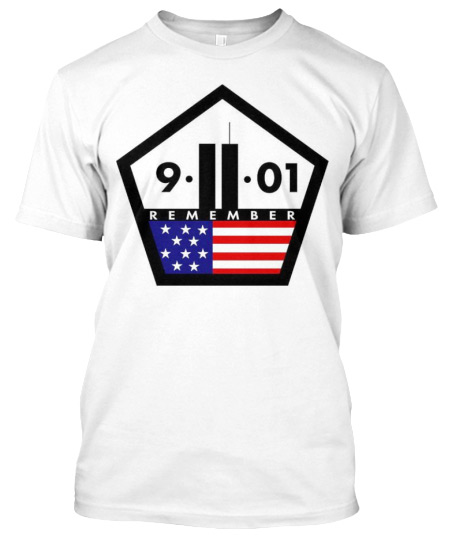 Acceptable: While this design references a terrorist attack in which thousands died, the intent is to act as a memorial for loved ones lost.

We do not allow medical or medicinal products, devices, or services on Teespring. Listings that claim to prevent, heal, cure, diagnose, reduce, or treat any illness, disease, symptom, dysfunction, malformation, or condition are prohibited.

We do not allow content in any campaign (image, title, description or url) that is false or misleading. This includes misrepresenting your affiliation with any person or entity, presenting untrue information about the origin of production of a product, or falsely identifying an intended recipient of your campaign profits. You may not run campaigns for charities without proper authorization, and understand that you are required to accurately represent the percentage of proceeds and to whom they will be donated. 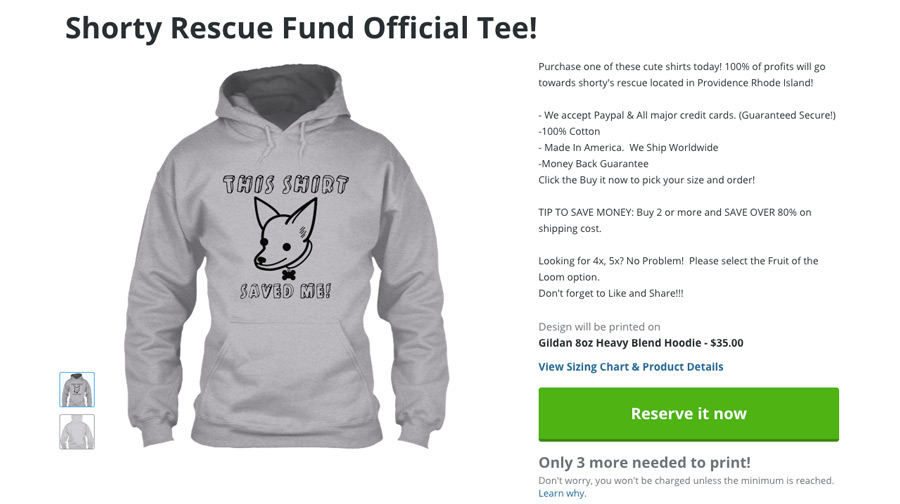 Unacceptable: The issue here lies within the description. In this case, making false claims is being used as a selling point to entice customers into purchasing a product (i.e. all profits will be sent to a specific charity without any actual verification.)

Misleading Claims - Made in America (country of origin for Hoodie is Honduras) You will save 80% on shipping with more items (percentage is not accurate).Select a Fruit of the Loom option for the 4x and 5x tees which aren't made available on this campaign (there is no drop down list to show any additional items) 100% cotton is also false (as the item is actually 50/50 cotton/poly) 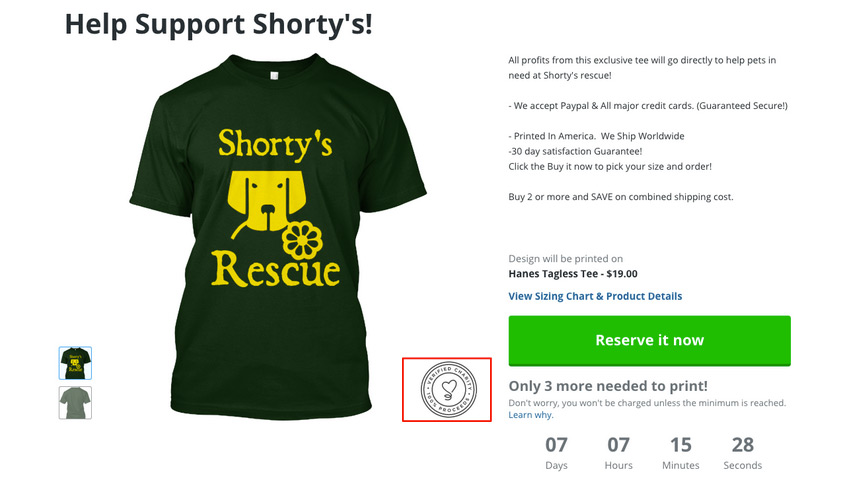 Acceptable: The following campaign is acceptable. The page is showing the Teespring Verified Donation badge in the lower right hand corner and 100% of profits are being donated. There are no other false claims made in the description.

For more information on how to get your campaign verified please click here.

We do not allow campaigns that promote any illegal activity. This includes instructions on how to perform illegal acts or encouraging other forms of illegal activity. Political speech or discussions about topics or events that are illegal may be acceptable. 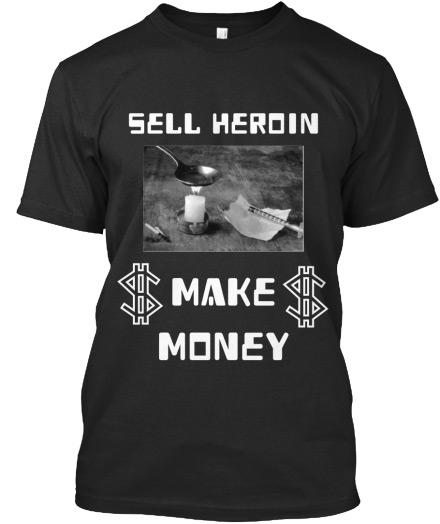 Unacceptable: This design is problematic due to the encouragement of illegal activities. 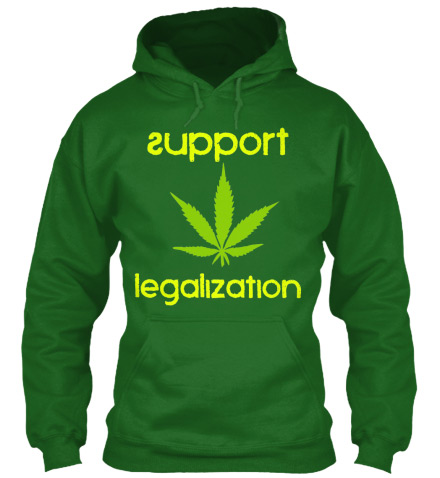 Acceptable: This design expresses a point of view on the political discussion surrounding legalization of marijuana. 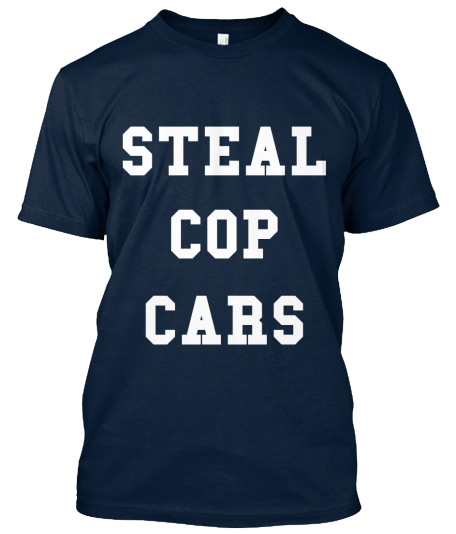 Unacceptable: Here is another example where the design directly promotes illegal behavior that could potentially lead to imprisonment. 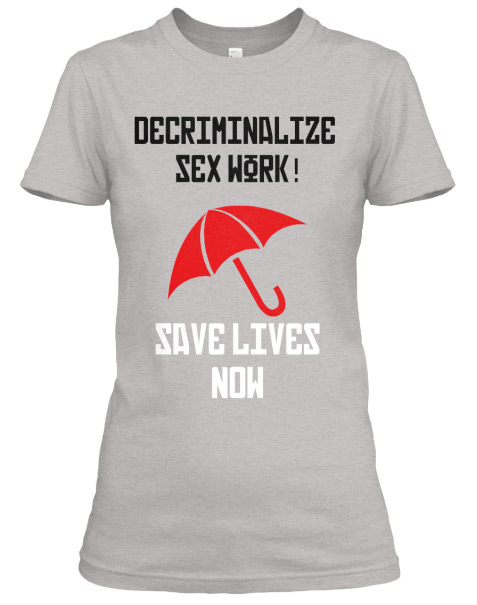 Acceptable: This shirt promotes the empowerment of workers in the sex industry. At the root of this design is concern for a social issue, not a promotion of illegal activity.

We do not allow campaigns that infringe upon the rights of any third party, including in the description, title and url of a campaign, or the text and images featured in the created merchandise. For seller-to-seller disputes on Teespring, please refer to our Priority Policy. 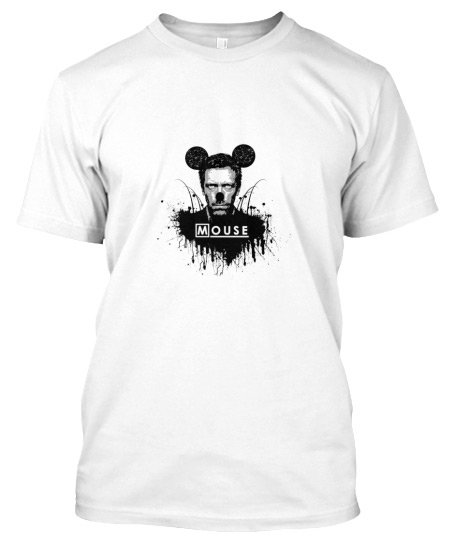 Unacceptable: These are two examples blatant intellectual property infringement. In both we have depictions of multiple famous media brands along with a famous professional sports team. 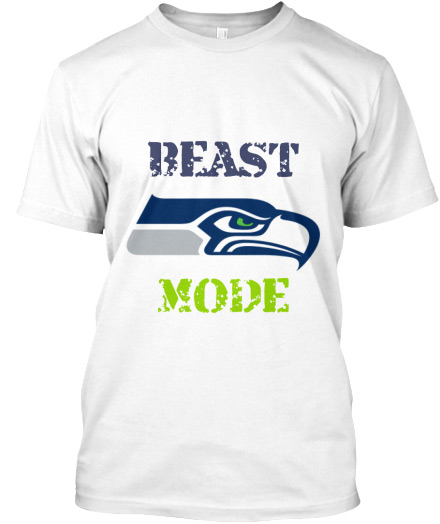 Unacceptable: This example is blatant use of an NFL team logo and team colors. It also features a well-known phrase made popular and copyrighted by a popular player.

Unacceptable: While this example is much more vague in reference to which team it is referencing, the colors of the font and shirt combined and naming of the city are highly indicative of a specific professional sport team. 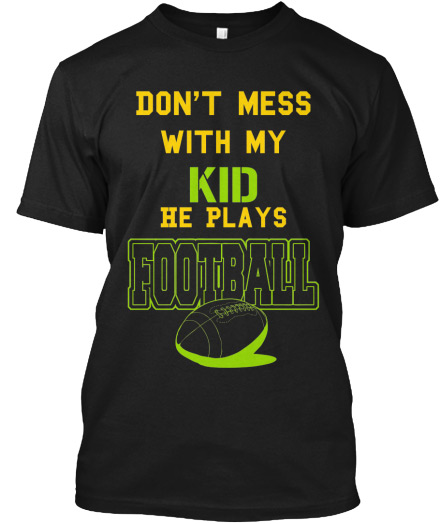 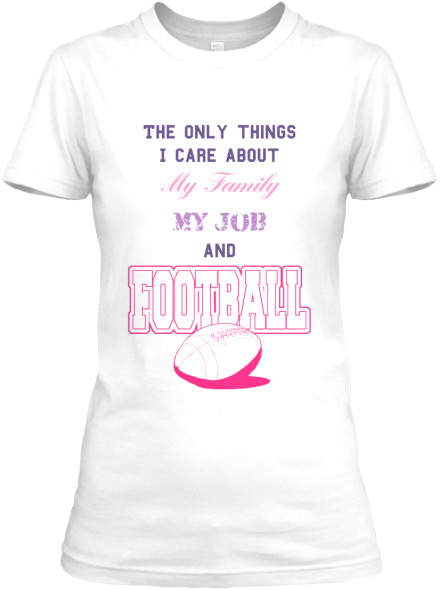 Acceptable: Both of these examples feature football but do not list any league or team affiliation. The colors for both shirts are not associated to any major team and can be used for a variety of situations, and fans of pro-league, college level, or recreational sports. These shirts cover a wide enough audience that they are not problematic.

Still have questions about our policies, contact us here.